Another week has already gone by! This last week was quite eventful. On Thursday I discovered that, amazingly, a TIGJam event (indie game jam) was taking place in a nearby city. It was Max’s last day of his stay at our place, so together we spent Friday at TIGJam. We got a lot of work done on Crea and also met some really cool people. We played Munchkin with Rich Vreeland (aka Disasterpeace the composer of Fez). I even briefly met Edmund McMillen (Super Meat Boy and Binding of Issac), Derek Yu (Spelunky and Aquaria) and several more people. I’m absolutely looking forward to the next TIGJam. In the meantime, more Crea!

We have just about wrapped up the item tooltips. They have received a major style overhaul and several other enhancements. Researchable items now have a nice little icon on them, equipment now has colored names based on its quality, and the positioning of tooltips is improved. We’ll continue to work on tooltips next week. 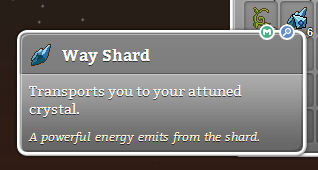 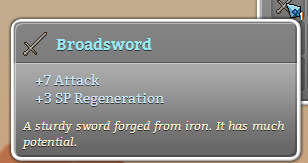 Max spent a large chunk of his time cleaning up the world generation. We managed a massive win with handling the underground generation. Previously, we would define a rectangle that would be considered the underground section of the world, but since the surface of the world is not flat there was always at least some space between the visible surface of the world and what the game considered underground. This lead to a large “fun-free zone,” as Max called it, large swaths of earth with nothing interesting going on. We came up with a solution where now we know exactly where the underground starts across the entire world. The difference is quite visible. 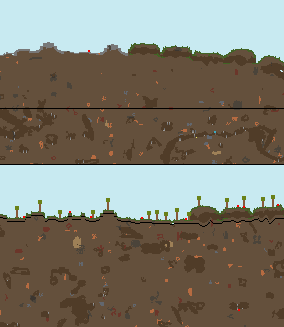 Water has finally been added to the world. This required a surprising amount of work. First I had to add in the concept of breathing and checking to see if the player was underwater. Along with that was the need of some type of visual indication of how much breath you have left. I decided to add it to the HUD.

After that I had to add the water to world generation which was not too bad thanks to the changes Max has been making to it. Immediately after doing this though I discovered that having 30,000+ water cells in the world was a little too much for the cellular automation system. I then went to work on optimizing it even more and am pleased that now the game can handle an immense amount of water at a time. 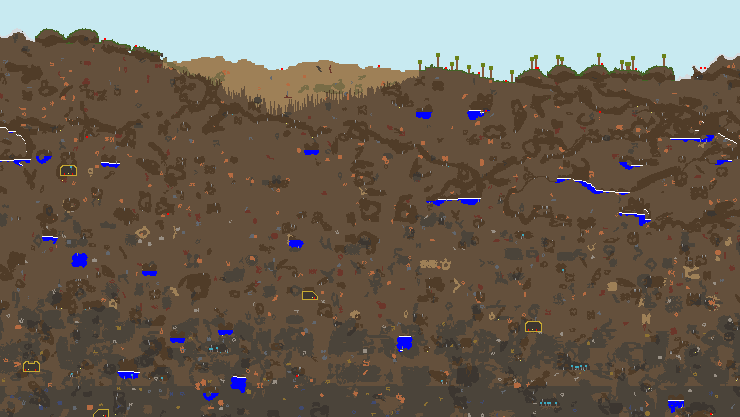 A segment of a world with water in it.

Lastly, I have been working on finishing up the Way Crystals. Now Way Shards will slowly grow nearby the crystals and players can harvest them. Players are able to attune themselves to a single crystal and immediately transport there at anytime by using a shard. Additionally, shards can be used to quickly travel to other crystals when nearby a crystal. 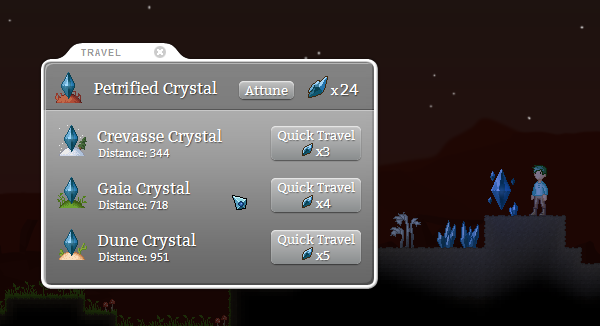 Progress has been good and we are looking to keep it up this week. Here is what we have planned at the moment:

We are getting amazingly close to a public beta release. I’m both excited and nervous. It is very likely beta will be happening in the next two weeks.